Much awaited sequel of the Netflix hit series The Umbrella Academy has just launched its first trailer with a tagline “Same Weird Family, New Weird problems”. The Tv series revolves around the story of seven siblings with unique superhero powers. The Umbrella Academy 2 is a direct sequel to the first season, picking up directly where the first one ends.

The trailer unveils the siblings to have time-traveled much further back to the year 1963. The time travel leaves them scattered between 1960 to 1963. The Jump has caused an alteration in the timeline bringing another apocalypse with them. The 1960s being the new theme of the season the trailer shows a lot of classic and cult settings.

The Umbrella Academy TV Series is based on the comic book series of the same name published by Dark Horse Comic. The series is created by Steven Blackman, Gerard Way and Gabriel Bá for streaming giant “Netflix“.

Season one of this TV series enjoyed a commercial aw well as critical success. 45 million viewers watched the season one within one month of the release as per a report from Netflix. It was rated the 3rd most-watched Tv series of the year 2019 on Netflix. Season one got an average rating of 75% on Rotton Tomatoes with 87 critic ratings and an average user rating of 85%.

The Trailer marks season 2 to launch on 31st July 2020 on Netflix. Till then check out our guide for best TV series available on Netflix. 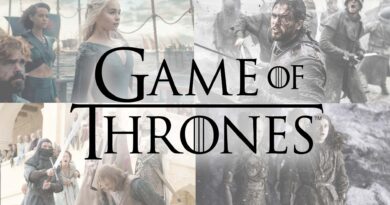