Sony’s event held yesterday i.e June 11th, 2010 revealed 24 new PS5 titles and threw some in-depth look at 3 we previously knew about. With the 27 games sony and look at Consoles itself with accessories sony left no stone unturned. The event Left everyone amazed just like the 2017 Sony’s E3 conference did. But what excites fans the most is the first party exclusives by sony. Sony has set a high bar with a level of detail and experience in its first party game recently.

These highly detailed first-party exclusives have blown fans away more often than not always leaving a mark in the industry. Playstation had no shortage of these highly anticipated titles in there PS5 reveal event. Today we bring you such a list of every First party exclusive for Ps5 revealed in the said event.

First PS5 exclusive announced in the event Spider man Miles Morales continues where the 1st game ended. Although this time around Protagonist and main playable character appears to be Miles. Release window for this PS5 exclusive is Holiday 2020 making it a launch title for PS5.

The much awaited sequel to the hit Horizon Zero dawn was finally revealed. With the power of Next-Gen Horizon 2 is to continue the story of Alloy in her journey as she travels west. Release window is not yet announced. Speculations are it will be launched sometime in 2021.

Second game from Insomniac featuring in the event. Ratchet and Clank was revealed for ps5 with high action game-play trailer. The hero’s find themselves in the multi dimensional space and time universe. The game is still in development and yet to have a release date with its name.

An interesting new franchise revealed by Sony called “Returnal” developed by Finnish based Housemarque. Returnal is a story of an female astronaut who crash landed on an alien planet where she keep reliving the same events differently, ending with her death each time. The plant and environment seems to differ each time she wake. This trailer left everyone excited and wanting to know more about the game.

The latest entry in the Astro franchise revealed in the event. A fun platformer that comes Pre-loaded on ps5. Each area showcases innovative gameplay that taps into the new features of the PS5’s DualSense wireless controller. Astro’s Playroom is coming to PlayStation 5.

The game that started the soul based franchise and even the genre. It was rumored that the Demon’s souls is getting a remake and what was shown is more than impressive. An overhaul of the classic game. Specifically created for PS5 owners.

Gran Turismo games have always been a racing sim highlight of the play station brand. the Seventh installment in the Gran Turismo franchise is in development for the PS5. The launch trailer shows some incredibly realistic graphics and a campaign mode.

Iconic PlayStation hero, Sackboy returns in an all-new 3D adventure for the first time. This game can be enjoyed solo or with a friend in the fun multiplayer co-op. Sackboy will be returning to playstation with a debut on ps5 with the power of next gen.

We are sure if you have any plans of getting PlayStation 5 you will be as excited as we are for all these incredible looking first-party titles. Though you might have to wait for a little for most of them before they come out as a specific release date hasn’t been mentioned for any of them. Till then take a look at our In-depth detailed article of PS5 reveal event where you can find some cool features and full specifications. You can watch the full Ps5 reveal event here. 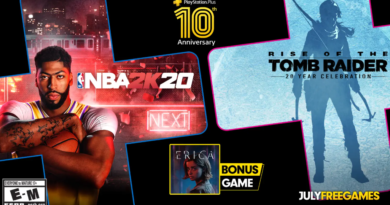 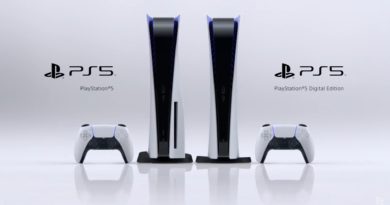 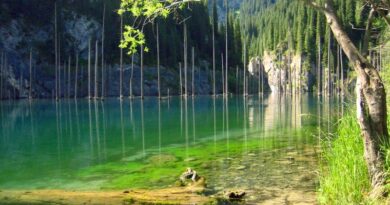 Lake Kaindy – Most Beautiful Places in the world – Episode 1

Sony has recently revealed the much anticipated PlayStation 5. Ever since the reveal all of the Internet is talking about